An outstanding comedy whose poetic style hearkens back to the films of Wes Anderson. It tells of a youngster focused on winning the nationwide drumming championship in spite of certain obstacles – such as not having any drums! A film that is every bit as hardcore as Jimmy Page’s guitar, and every bit as endearing as Robert Plant’s waistcoats.

There are a lot of films that stick to the hackneyed theme of the outsider bent on fulfilling his dream in spite of all the odds – thanks to which he not only achieves his coveted success but, moreover, instils hope in the hearts of the weak and degraded through his courage and determination. But none of these films has had a protagonist as charismatic as Power – a young man obsessed with drumming drumlessly (read: steady gesticulation set to the rhythm of legendary heavy metal anthems), whose aim is to win the nationwide drumming championship, support striking miners in New Mexico and win the heart of a girl who went deaf at the age of three at a Status Quo concert. This brilliant comedy – reminiscent of the films of Wes Anderson in its fascination with bizarre twists on standard genre themes – will thrill you even if you are not a fan of 1970s hard-rock dinosaurs. But you mustn’t forget Power’s creed while you’re watching: “I don’t need drums. I am drums!”

Ari Gold received a Student Oscar in 2000 for his film Helicopter, an experimental short film in which he used authentic photography, scene reconstructions and animated sequences to tell of the tragic death of his mother. The Sundance Festival accepted Gold’s short student films for three consecutive years, and one of them – the sixty-second film Culture, which the filmmaker accompanied with a 10-point manifesto signed with the pseudonym Ari von Gold – elicited (particularly in Serbia) a wave of similar films of exactly one minute in length avowing “Dogma 99”. In addition to filmmaking, Ari Gold is also a dedicated musician – he sings in the bands The Honey Brothers and The Gold Brothers, he plays the ukulele, the piano and occasionally the drums. The film Adventures of Power is his first feature-length film. 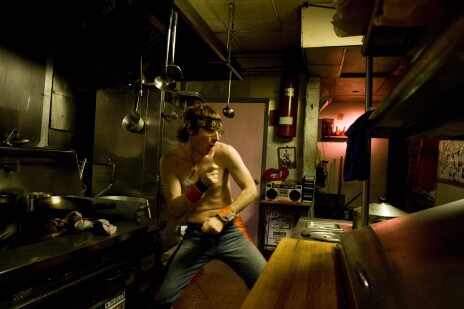 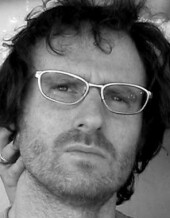