Ten-year-old Niaz feels responsible for little sister Noora’s accident after which she is confined to bed. The boy decides to secretly transport Noora to a holy place atop a dangerous and inaccessible mountain in order to ask for God’s help.

Ten-year-old Niaz lives in a lonely house in the woods with his parents, grandmother and little sister Noora. They are able to survive in poverty by producing charcoal. One day Noora begs Niaz to take her to the village without their parents’ knowledge so that she may witness one of the wonders of the “big world” – a train. But the little girl is badly injured in a fall and must be confined to bed. The entire family’s efforts focus on getting the money together for Noora’s treatment. Niaz, who feels responsible for the accident, decides to help his sister in a rather unusual way, corresponding to his childlike image of the world: he will do whatever it takes to secretly transport Noora to a holy place atop a dangerous and inaccessible mountain in order to ask God for help. His Supreme Omnipotence is quite obliging – if the stories Niaz heard from his grandmother are any indication…. Writer-director Mahmoud Shoulizadeh’s feature debut was shot with minimal dialogue and is set in majestic natural landscapes. This tale of two children’s steadfast yet naive fight against fate’s disfavour continues in the best tradition of the Iranian “film miracle” of the 1990s.

Mahmoud Shoulizadeh was born in Iran. He studied cultural affairs management and film production and directing. He has been a producer-director for Iranian television (I.R.I.B) for 18 years, where he works shooting shorts, features and documentaries. Noora is his feature film debut. 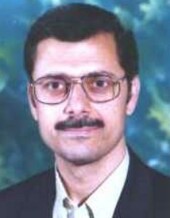