The frame of a car body hurtling through the mud, children in masks playing nearby. In whose company do we find ourselves and what are the limits of their freethinking ways? Awarded at Rotterdam, the movie represents one of the director’s most powerful works.

The vaguely specified community in which this stylized "anthropological documentary” unfolds has little parallel with our known world. The lack of specificity or anything concrete, however, is the key to experiencing this enigmatic film. Although the objects depicted enable us to guess where and when it was shot, the director leaves these questions open, opting instead to investigate the limits of human freedom. The movie makes no attempt to submit an image of development or a vision of the future – demonstrating rather that it is possible to live in places of devastation or, at least, of slim encouragement. 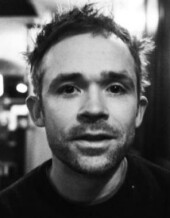