Eminent jazz/avant-garde bandleader Sun Ra (1914-93, born Herman “Sunny” Blount) always presented himself as myth. In his own words he came from Saturn, and his free jazz Arkestra was an evangelising ensemble bent on ensuring cosmic harmony. He plays the lead in a film first conceived as a low-budget tribute to early sci-fi movies of the fifties and sixties. Powered by musical energy, Sun Ra lands on Earth (in Oakland, California) in 1972. He has come to tangle with supernatural exploiters of the black race. Before freeing several select souls, he must escape not only his enemies, but the FBI and NASA as well. Musical-ritual numbers permeate the plot. Sun Ra and his flying sanctuary take off for the vastness of outer space just prior to the destruction of the Earth. This naïve and imaginative film well reflects period “blaxploitation” movies, which often included pro-black racism and full-frontal nudity. At the time they had limited screenings (New York, San Francisco). The director’s uncensored cut premiered in 2003 with an added 20-minutes of footage; this version is being screened at the festival.

John Coney: Not many traces remain of this director since the inconspicuous release, thirty years ago, of Space Is the Place. Indeed, he is known to the public only in connection with this title. Perhaps it is best to look at “blaxploitation” movies with a certain historical objectivity, just as when watching the films of Edward D. Wood Jr. The movie not only investigates the music of Sun Ra’s Arkestra, but also the spirit of the period and the ideological background that helped create a ritually textured, distinctive Afro-American music. 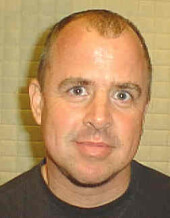