Messenger from the grave Pulcinella is sent to Campania to grant Tommaso's dying wish – to lead a young buffalo named Sarchiapone to safety... They travel together to the north through the once idyllic countryside where herds of buffalo used to roam, but at the end of their journey through a lost and beautiful Italy, they do not find what they had expected.

The servant Pulcinella is sent from the depths of Mt. Vesuvius to present-day Campania to honour shepherd Tommaso’s last wish: His mission is to lead a young buffalo called Sarchiapone to safety. He finds the animal in the abandoned royal palace of Carditello, the former seat of the Bourbons, which Tommaso had looked after in order to save it from the ravages of civilisation. Pulcinella and the buffalo, whose language he understands, head up north. They travel through the once idyllic landscape of the Italian South and across its pastures, where herds of buffalo used to roam. They meet people who remember those times, and also those who are today partly responsible for sending unprofitable male buffalo to the slaughterhouse. Combining documentary with fiction, Pietro Marcello, one of Italy’s most imaginative filmmakers, has turned in a uniquely poetic work as a quiet lament over a lost and beautiful Italy. The motif of Pulcinella as a messenger from beyond the grave in his commedia dell’arte mask lends a fairy-tale aura to the journey through the countryside that yet remains, a fact also reflected in Sarchiapone’s ability to speak.

Pietro Marcello (b. 1976, Caserta, Italy) studied painting at the Academy of Fine Arts in Naples. He acquired experience in filmmaking as assistant director to Leonardo Di Costanzo on the set of the latter’s documentary Gennarino (2000). He, himself, then directed several short and medium-length documentaries, such as Carta (2003), La baracca (2005), Crossing the Line (Il passaggio della linea, 2007) and Marco Bellocchio, Venezia 2011 (2011). His feature film debut The Mouth of the Wolf (La bocca del lupo, 2009), which won awards at the Berlinale and the Torino IFF, was screened in the documentary competition at KVIFF in 2010. Two years later Karlovy Vary audiences also had the opportunity to see his original portrait of Armenian director Artavazd Peleshyan The Silence of Peleshyan (Il silenzio di Pelešjan, 2011), which premiered at Venice. Marcello’s latest film Lost and Beautiful represented Italy in competition at the 68th Locarno IFF in 2015. 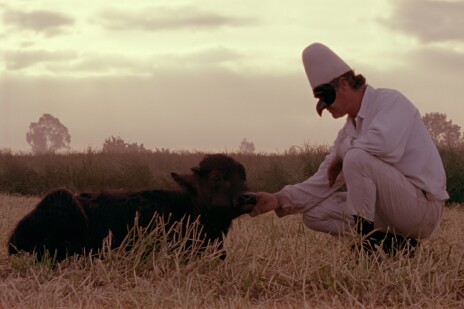 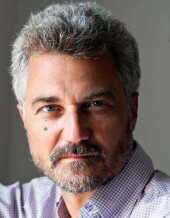