The main figures in Vanessa Hope’s documentary, which world-premiered at the Tribeca festival, are former American ambassador to China Jon Huntsman, his adopted Chinese-American daughter Gracie, and well-known activist Chen Guangcheng, each of whom addresses the issue of contemporary American-Chinese relations from a different angle.

The main figures in Vanessa Hope’s feature documentary debut are former American ambassador to China Jon Huntsman, his adopted Chinese-American daughter Gracie, and well-known activist Chen Guangcheng. In a detailed portrait of his three-year stay in China, the unusually candid American diplomat is seen concentrating on the complexity of current US-China relations at both the political and personal levels. The two planes mingle in the work naturally, whether young Gracie’s attempts to understand her identity as limited by two completely different cultures, or the investigation into Chen Guangcheng’s dramatic fate. The director captures the blind human-rights activist, a man persecuted by the Chinese authorities, both at home under house arrest and while in exile at the US embassy in Beijing. Thus, the topic of human rights violations in China makes its way naturally into the context of a report on the history and current state of relations between the two countries in which economic interests unfortunately play a fundamental role.

Vanessa Hope started her movie career in China, where she produced several films, including The Story of Ermei by Wang Quanan and Chantal Akerman’s segment “Nightfall Over Shanghai (April 2007)” (from The State of the World, 2007), screened at Cannes. She shot the shorts China in Three Words, China Connection: Jerry, and China Connection: Joan, which were presented at the Palm Springs fest and at Doc NYC. She directed and produced a documentary web series for NYU’s US-Asia Law Institute entitled “Law, Life & Asia.” As a producer she was also responsible for the Academy Award-nominated documentary William Kunstler: Disturbing the Universe, directed by Sarah and Emily Kunstler and shown at Sundance. Prior to her film career she worked on foreign policy issues at the Council on Foreign Relations and at the National Committee on US-China Relations. 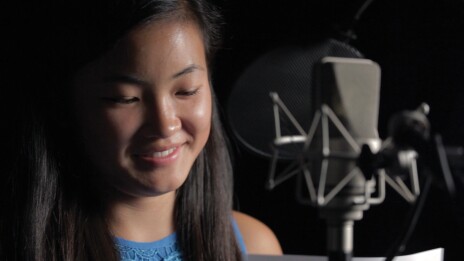