Award-winning director Lorenzo Vigas returns with another subtle study of paternal authority and the lost vulnerable souls who intuitively gravitate towards it. In this dramatic tale of an orphaned boy, he uncovers the cruel ecosystem of cheap day labor on the Mexican periphery while managing to capture subtle emotional processes in the mesmerizing stony countenance of the young non-actor Hatzín Navarrete.

The orphaned Hatzin arrives in northern Mexico to retrieve his father’s remains, although he refuses to accept the reality of his death. The boy latches onto a burly labor recruiter in whom he finds a surrogate parent and temporary breadwinner. But in the gray-market economy of cheap labor, loss of life is the order of the day, and the persistent yearning for wealth often leads to crime. Following his triumph at Venice, award-winning director Lorenzo Vigas returns with another fine-spun study of paternal authority and the lost vulnerable souls who intuitively gravitate towards it. In his diagnosis, the need for a dominant male figure is a typical ailment of Latin American countries. Most importantly, however, he manages to capture subtle emotions in the mesmeric stony countenance of the young non-actor Hatzín Navarrete. 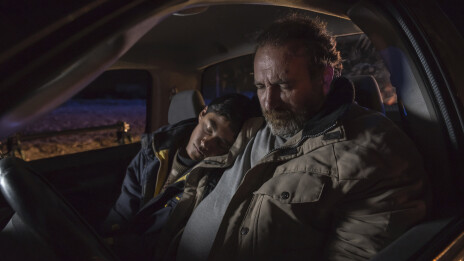