This black mafia comedy tells the story of a somewhat simple-minded hitman, Charley Partanna (Jack Nicholson), who learns one day that the woman he is hopelessly in love with is in the same line of work. Anjelica Huston won the Oscar for Best Supporting Actress for her role as Charley’s ex-lover Maerose.

One of John Huston’s last films, Prizzi’s Honor, proves there are other ways to make a gangster film than the Coppola-esque look at the history of a mafia family. This black comedy tells the story of Charley Partanna, a somewhat simple-minded hitman, who learns one day that the woman he hopelessly loves is in the same line of work. This original mix of melodrama and grotesque culminates in the boss ordering each of the lovers, later husband and wife, to eliminate the other. The classic description of mafia hierarchy is individualised by playing around with the pattern of the genre and by the sardonic sense of humour typical of Huston. Next to Charley, played by Jack Nicholson, and the blonde femme fatale Irene (Kathleen Turner) the central trio is topped off with an outstanding performance by Anjelica Huston, who was awarded an Oscar for her role as Charley’s former mistress Maerose Prizzi. 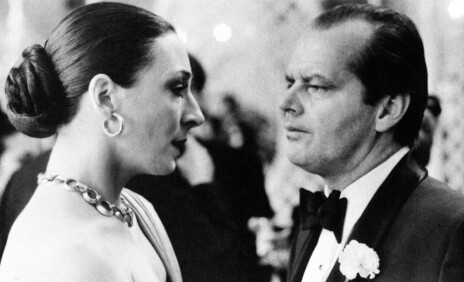