News Barbarians and today’s approach to the past

I Don’t Care If We Go Down In History As Barbarians is a quote from the 1940s attributed to Romanian minster Antonescu. This sentence became the name of the new movie by Radu Jude who, once again, unveils the guilty conscience of Romanian history. Awarded a directing prize at the Berlinale for his film Aferim!, Jude returns to the World War II era and the crimes of the Romanian army, which fought at Germany s side for three years. “As children, we watched Romanian movies which always showed the Romanian army as being against the Nazis. But that didn’t happen until 1944. No one realizes that today, because of all that propaganda,” explained Jude.

Romania’s infamous military history is presented through the contemporary storyline of a theatre director, who has received money from her city to prepare a performance about the massacre of the Odessa Jews in 1941. “The movie tells the story of a nearly-eighty-year-old genocide. You can’t show something like that in a film. And, besides, I didn’t want to film a historical movie. I was looking for something in history which would resonate in the present,” said the director, adding that Romania should own up to its war crimes.

The movie was made possible in part by edorfilm, Jiří Konečný’s Czech production company, which also has a Czech film, Všechno bude (Winter Flies), in the festival competition. The Macula company took charge of video projections and UPP managed post-production. Asked about what he liked most about collaborating with Jude, Jiří Konečný said: “Besides being an excellent filmmaker, Radu Jude attempts to think about history in a way we should all think about it as well.” 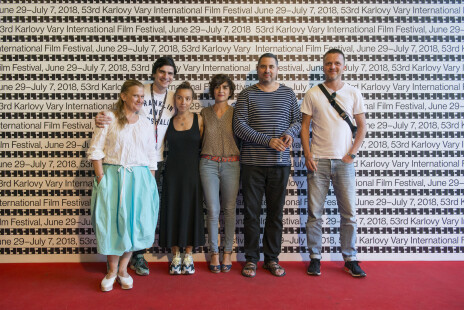