In his own words, at age 88 Mark Eben wouldn't even be willing to go to Vary from nearby Ostrov. Sir Michael Caine came at that age all the way from Britain to present his new film Best Sellers to its first audience, who thanked him for it with a long standing ovation.

This comedic drama, in which the famous British actor plays a cranky writer, was filmed by Canadian director Lina Roessler as her feature-length debut. "When I came to the shoot, I saw a beautiful actress and asked her: Where's the director? She responded: That's me. Of course Lina is not only beautiful, but also talented," said Michael Caine, recalling their first meeting. Producer Jonathan Vanger also believes that we'll hear more of the name Lina Roessler.

The team had to wait two years for the opportunity to show the film to audiences, so they all thanked the Karlovy Vary attendees for coming to the screening of Best Sellers. 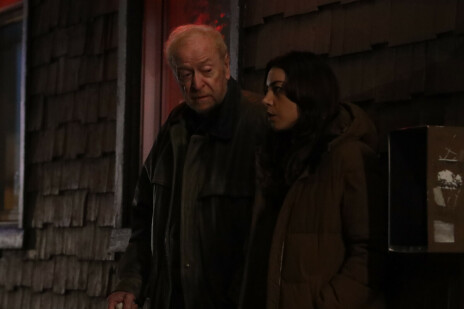