One of the traditions of the Karlovy Vary festival is to premiere one of the masterpieces of Czech cinema, which will be forever preserved for future generations because it has been restored and digitised. This year, the KVIFF showed Jan Němec's parable The Party and the Guests.

"They quickly banned the film, so I didn’t see it until the 90s and I said to myself that after thirty years, people would no longer understand what it refers to. The terrible thing is that it still works as well as it did way back then it shows that Czech bigwigs are the same as ever,” stated moderator Marek Eben as he introduced the film.

Then men who participated in the creation of the film itself in1965 or in its digitised copy took the stage: the Director of the National Film Archive Michal Bregant, the restorer from UPP Ivo Marák, the actor in the starring role and composer Jan Klusák, the cameraman Jaromír Šofr and Eduard Kučera, whose foundation paid for the digital restoration.

"I want to apologise to those present that they will have to look at the perverse monster I play here," Jan Klusák said to the audience. But he added that he considered The Party and the Guests to be a great achievement in international cinematography: "Once in a while Jan Němec found himself in a kind of outburst of genius and created a work that reached for perfection.” 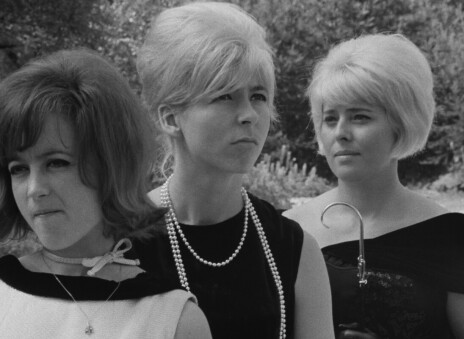