In addition to the films themselves, on Monday you can once again look forward to a number of meetings related to them.

At 11 a.m. a press conference for the Film Foundation is starting at Czech Television House. It seeks outs ways to help realise supported screenplays and support education in the field of Czech audiovisual work. At 1 p.m. a chat on the fairytale Tajemství staré bambitky 2 will start at the same place.

An hour later, at 2 p.m., Michaela Pavlátová's new film My Sunny Maad will be officially unveiled at KVIFF. One of the main themes of this animated film is culture clash: Czech woman Helena leaves Prague alongside her beloved Nazir and moves to Kabul, where she becomes part of a family she's never seen.

When else than at 3 p.m. would Tea at Three start at Czech Television House, with today's programme featuring a talk on the film Two Ships, which is competing at the festival in the section East of the West. The main roles are played by Eliška Křenková and Martin E. Kyšperský.

Another talk will take place at Czech Television House, this time at 5 p.m. and on the movie Zbožňovaný which, though it is not on the programme at this year's KVIFF, features the Festival President Jiří Bartoška in the main role. Then starting at 7 p.m. you can listen to a recital by singer Olga Lounová – stop by innogy point on the Mill Colonnade. 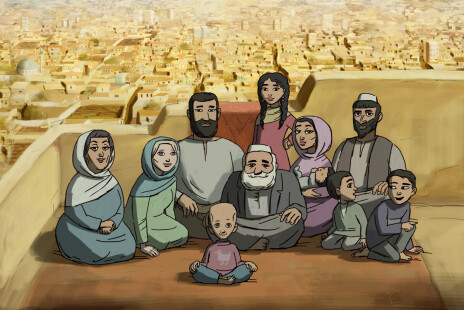