“Ahed’s Knee is a film about a man who crosses the boundaries of his personality over the course of a single day. He thinks of himself alternately as a monster, a superman, a devil and a prophet. But, in the end, maybe he’s just someone experiencing a personal crisis in a society experiencing a collective crisis,” stated director Nadav Lapid about his partially autobiographical film Ahed’s Knee.

This controversial and formally radical new film won the Jury Prize (ex aequo) at the recent festival in Cannes. During the discussion after the first Karlovy Vary screening, Nadav Lapid developed the above idea even further: "Sometimes, when you live in a certain society, there is virtually no good choice for how to behave: You can oppose it, but it will gradually destroy you. Or you can collaborate, meaning be on the side of those who torture. Or you can ignore the situation, or in other words do nothing. But none of these is a good option.”

Nietzsche perfectly captured the feeling that a person might have when he lives in a society that is problematic on many levels, according to Lapid. “I think he said or wrote something like: Whoever fights monsters should see to it that in the process he does not become a monster. And also: If you gaze long enough into an abyss, the abyss will gaze back into you,” Lapid added. "That's exactly what’s at risk here – you can lose that important connection. Above all with yourself.” 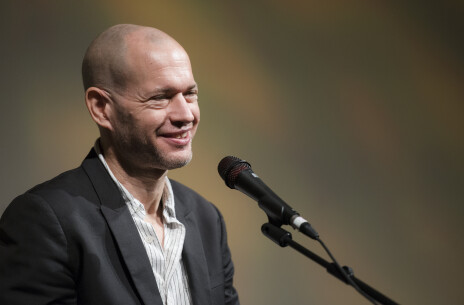