Today's programme of side events will start at 10 in the morning with head of the government Committee on Children's Rights Klára Laurenčíková. The discussion will take place in the tent of the Sirius Foundation, which is the partner of the People Next Door section and KVIFF has been working with them since the 51st year.

An hour later, at 11 a.m., another discussion will start at Czech Television House, this time on director Petr Václav's film about the life of musical composer Josef Mysliveček Il Boemo.

The most attention however is sure to be drawn by Johnny Depp, who at 2 p.m. will introduce the documentary Crock of Gold: A Few Rounds with Shane MacGowan at Thermal's Grand Hall. The screening will be followed by a talk with producer J. Depp (who also appears in the film) and director Julien Temple. Fans will also be able to see Depp before the film on the red carpet in front of Thermal: he should arrive there around 1:30 p.m.

At 6:30 p.m., also at Thermal's Grand Hall, Ethan Hawke will introduce the film First Reformed. In the work by Paul Schrader, Hawke plays the difficult role of a doubting priest.

At 7:30 p.m., the last of this year's open-air concerts will start at the KAISER 55 pop-up club on the premises of the Postal Court (Poštovní dvůr). The House DJs will play: Bidlo / Aid Kid (LIVE) / Madelaine. Of course there will be an after party as well.

Aside from the above, the festival's rich accompanying programme will also continue to run. Find more information on it here. 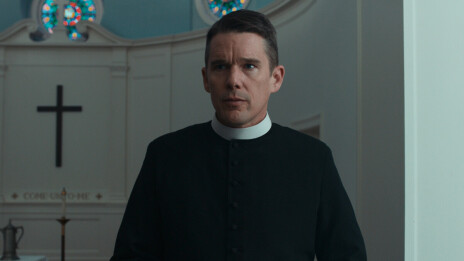