The famous American actor, screenwriter, director and writer Ethan Hawke came to the KVIFF to introduce a screening of Paul Schrader's First Reformed, and so his speech before the projection concerned this American filmmaker.

"I discovered Paul Schrader back when I was nineteen. I had just moved to New York and a double feature of Taxi Driver and Raging Bull was playing in a certain cinema. And for me that was also a demonstration of what cinema can achieve. So, you can imagine what it was like to get a script from Paul and feel that same artist in it. An artist who still has something new to say, while also containing the wisdom of his age. Getting his script was like a call to arms,” said Ethan Hawke, who plays a doubting priest in the drama.

"No one would say that Paul is congenial. But in this film he was charged with meaning, he took nothing for granted, and he didn’t want to waste a second. This film is filled with his personal expression and discipline. I have been acting since the age of fourteen and I no longer meet many people I consider to be masters. But Paul is one of them,” Ethan Hawke stated in tribute to the director of the film. 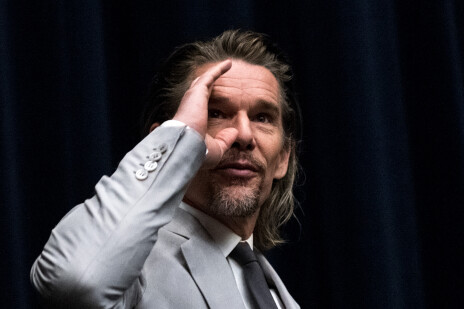