The fifth day of the festival will offer a packed programme.

At 11:00 a.m. in the Czech Television House, you will have the opportunity to get an inside look into talent tests at a talk about the documentary Art Talent Show. You can meet the makers of the competition films at KVIFF.TV Park – at 1:15 p.m., the creators of the Georgian film A Room Of My Own will arrive, followed at 4:00 p.m. by the delegation of the Polish-Czech film Borders of Love.

Tuesday will also include several film premieres. At 1:00 p.m., the documentary The Killing of a Journalist will be presented by its delegation in the Karlovy Vary Theatre. The film Pictures of the Old World will be screened in the Grand Hall from 2:00 p.m. as a tribute to the distinctive Slovak documentary filmmaker Dušan Hanák. The day will also feature the rap-infused BANGER. directed by Adam Sedlák. The talk with the film delegation will be held from 3:00 p.m. at the Czech Television House while the film’s world premiere will take place in the Grand Hall at 10:30 p.m.

At 6:00 p.m., we will present the documentary-observation film Like an Island in the Drahomíra Cinema. At 7:00 p.m., the delegation headed by Karel and Lila Schwarzenberg will arrive at Grandhotel Pupp for the premiere of My Father, The Prince, which follows the lives of the charismatic Czech politician and his daughter.

The Grand Hall will traditionally present the films competing for the Crystal Globe – America, an Israeli-German film about a return to one’s homeland at 5:00 p.m., followed by the compelling Greek film Silence 6–9 at 8:00 p.m. The competition titles from the Proxima section will premiere at the Karlovy Vary Theatre – Art Talent Show from 4:00 p.m. and Ramona from 7:00 p.m.

If you want to learn more about innovative tools for film distributors, come to KVIFF.TV Park at 9:30 a.m.; the presentation will be hosted by British journalist Michael Gubbins. You can meet KVIFF President Jiří Bartoška at 11:00 a.m. in the Sirius Foundation Tent, where he will talk about the official non-profit partner of the festival. At the same time in the nearby Lázně III Cinema, Ukrainian filmmakers will present the Works in Progress projects from the Odesa International Film Festival, which cannot take place in Ukraine due to the ongoing Russian invasion.

And if you are interested in how filmmakers look for actors and vice versa, the Actors Map panel with actresses Denisa Barešová, Klára Melíšková, Martha Issová and director David Ondříček will tell you more about the topic from 3:00 p.m. The concerts of the musical bands Jelen and Lash&Grey may also be of interest to you. 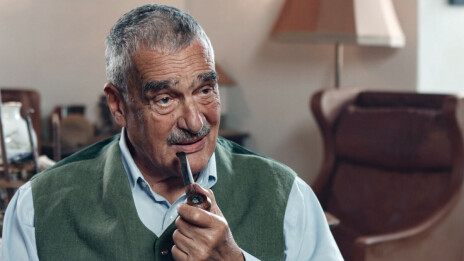