As with the main competition, the last two films in the Proxima competition will be presented on Thursday. You can watch (and hear) Tinnitus – a constant ringing sound in the ears that thwarts a promising career of a young swimmer – in the Karlovy Vary Municipal Theatre at 4:00 p.m. A Brazilian sports drama and body thriller in one is also characterised by an emphasis on careful visual compositions, so just like the unfortunate protagonist, the festival audience will be treated to a powerful experience across all senses.

The Austrian documentarist Andreas Horvath, whose 30-minute-long film Views of a Retired Night Porter won the prize for Best Short Documentary at Karlovy Vary Festival back in 2006, returns to his favourite festival. Horvath’s other films Lilian (2019), Helmut Berger, Actor (2015) and Arab Attraction (2010) were also screened in Karlovy Vary and will now be followed by an observation of the pandemic at Salzburg Zoo. In Karlovy Vary Municipal Theatre at 7:00 p.m., Zoo Lock Down will show us that life goes on despite the pandemic. 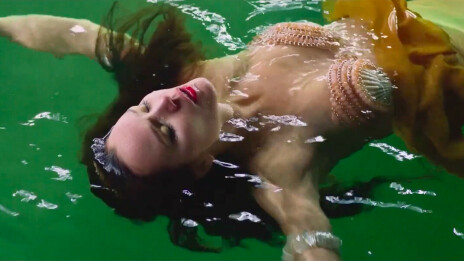