The final day of the 56th KVIFF is not only about the closing ceremony. We would like to invite you, for example, to a special screening of the crime classic The Usual Suspects. At 1:00 p.m., Benicio Del Toro, who has a smaller but unforgettable role in the film, will present it in person at the Karlovy Vary Theatre.

The first awards – the non-statutory jury prizes – will be presented at 3:00 p.m. in the Thermal Hotel Vodafone Lounge. The final evening will then begin after 4:00 p.m. on the red carpet, where many film personalities will be present, including Geoffrey Rush, Benicio Del Toro and Boleslav Polívka. These three actors will then receive their honorary awards after 6:00 p.m. in the Grand Hall: Geoffrey Rush will be awarded the Crystal Globe for outstanding artistic contribution to world cinema, Benicio Del Toro and Bolek Polívka the KVIFF President’s Award.

But there are more ways to spend the night in Karlovy Vary during the festival. Tonight you can go to the concert of "DIY kitchen elektro" Noisy Pots, starting at 8pm in front of Thermal Hotel. Or you can simply enjoy the funky rhythm of Monkey Business, pumping the energy in Mattoni Life Bar from 9pm. 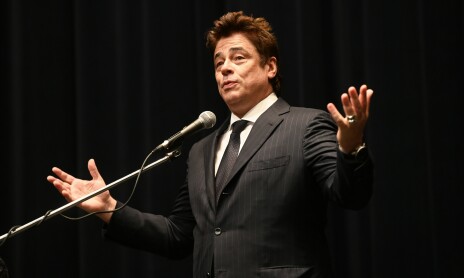