The star Benicio Del Toro presented his famous film The Usual Suspects on the last festival day at the Karlovy Vary Municipal Theatre. The crime thriller from mid-90s regularly tops the charts for films with the most gripping story twists. "When I first read Christopher McQuarrie’s script, I didn't really get it. The other actors were lost just like me. We didn’t know what was happening in a flashback and what in real time, let alone who Keyser Söze was," the actor revealed his feelings back then.

Playing the role of a criminal, whose lines were mostly incomprehensible, made him realise that professional actors always rely and are dependent on their colleagues. "Remembering this film, the scene where we all stand in line for identification comes to my mind. None of the five of us could keep a straight face. It was a total chaos, even director Bryan Singer was laughing. The laughing was contagious, and I think it was actually captured in the film. But at that moment we understood that we could trust each other – even though we almost didn’t complete the scene. We became the Usual Suspects for real," Del Toro recalled. While parting with the audience, he praised the beautiful interior design of the theatre hall. 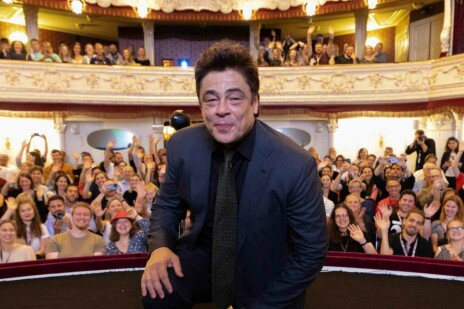