News Added Screening - echoes of Vary at the KVIFF.TV

This year, you can enjoy selected films from the Added Screening event from the comfort of your home at the KVIFF.TV platform. From 10 to 20 July, seven feature films and a selection of shorts from this year’s programme will be available for one-off purchase, and some of them also within the subscription. What films are on the menu?

The selection includes: Utama, a drama about the climate crisis and the winner of this year’s Sundance festival; The Hole, an Italian expedition into the depth of a mysterious cave, which earned the Special Jury Prize at the Venice film festival last year; the audience’s favourite All Inclusive, first presented at Cannes this year, and a meditative thriller Ghost Dog: The Way of the Samurai, which has lost nothing of its charm in two decades.

Geoffrey Rush, the top star of the 56th KVIFF, will be presented in the selection through the Oscar-winning biography Shine. As representatives of the Czech production are included the iconic 1960s film The Joke in digitally restored version and Forgotten Light, one of the best Czech films of the 1990s. Bolek Polívka, the famous Czech actor who is presented with the Festival President’s Award at the 56th KVIFF, has his films Home Care and Inheritance in the selection.

Over ten films for the next ten days – what a post-festival treat! 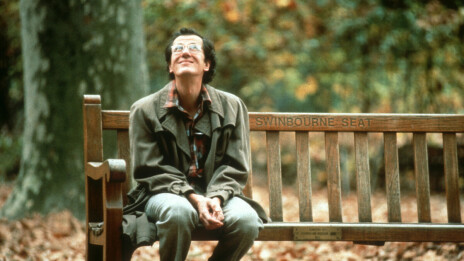