Suffering from an advanced stage of Parkinson’s disease, Barkev Kevorkian spends his time recalling the past when he worked at a foundry, loved fast drive, and enjoyed time with his little girl. In this courageous documentary essay, the Lebanese-born director contemplates all the things a serious illness takes from your life.

A nontraditional documentary road movie or a staged meditation? However we perceive this story of a couple wandering through the Czech countryside, we can best experience it by yielding to the calm tempo of their journey through the shady woods. Amerika isn’t a portrait of specific individuals but rather a probe into the Czech phenomenon of “tramping”.

While the news media sift through current affairs and the inhabitants of Riga focus on their daily cares, cats are completely occupied by their aimless wanderings through stairways, offices, and apartments, sublimely indifferent to the preposterous hustle and bustle of our civilization. This ingenious and playful para-documentary investigates the role of subjectivity in the perception of the world around us.

Djalal has loved weapons since before he could walk. But success in the virtual world, where thousands of followers watch his videos, is not enough – so he heads to Afghanistan as a sniper. Unfortunately, actual war is a dull business that drags on endlessly. Will the young man, who is still searching for his place in the real world, realize that the game is over and that it’s time to grow up?

A dance school in Havana. Ballet means everything to adolescent Amanda, experienced Viengsay, and renowned local legend Alicia Alonso. The contours of the characters intermingle as three portraits flow into one: a single female destiny presented in three forms. A documentary of commitment and passion for ballet that become a metaphor for the lack of freedom suffered by the inhabitants of the island nation.

“I met a woman. She said that she is Belfast, the city in Northern Ireland where I grew up. The woman said that she’s as old as the city,” states Mark Cousins at the beginning of his meditative dialogue with the personification of Belfast. This cinematic essay abandons the parameters of classic documentary language, asking us to perceive the film as a magical-realist mix of reality, dreams, myths, and local storytelling.

Macao, the former Portuguese colony on Chinese soil, was known as a centre of fireworks production. The IEC Long factory, the last monument to the area's industrial past, today lies in ruins. The half-hour documentary captures the eerie silence and starkness of a place that for decades belched out products guaranteed to provide explosive fun.

How does a child become an actor? And how does the acting profession influence his or her relationship to the world? In Ursula Meier’s documentary teenage Kacey Mottet Klein answers these very questions. Following the road from the playground to the film set, the film presents a study of how mind and body mature before the camera lens.

Life hasn’t been easy on Mallory but after the birth of her son she tries desperately to kick her drug habit, and to stop living on the street. She wants to turn her back on her dark past and help those she knows best – people on the fringes of society. In her latest long-term documentary, Helena Třeštíková demonstrates that even seemingly hopeless lives needn’t be cut short halfway.

It’s not so long since they shot one cult film after another in the Andalusian town of Tabernas. But the fame of the movie stars has since faded and the charm of the place evaporated in the face of the economic crisis. When word gets out about the production of a new blockbuster, the eyes of the local inhabitants shine with hope. A humorous documentary fairy tale about a life reminiscent of an endless Hollywood movie.

Resort / Resort / Resort
Director: Martin Hrubý
Czech Republic, 2014, 20 min
In the 1960s an architecturally unique resort built on the banks of Orlík reservoir became the secret getaway of the communist establishment, then later passed into the hands of notorious businessmen during the early days of unrestrained capitalism. Suffused with an air of mystery, this portrait captures the genius loci and turbulent history of a hidden summer paradise that was left off every map.

When Albert Meisl began to suspect that his father was writing the final chapter of his life, he decided to visit his parents with a movie camera in tow. This harrowing documentary deliberately suppresses any estheticization of the hopeless situation, thereby placing us in the role of disinterested observers of their sorrowful parting.

Using a variety of formats and animation techniques, a story unfolds before our eyes of a Chilean military company trapped in the snow during a cruel Andean storm. Yet the film doesn’t aim to provide a faithful reconstruction of events but rather to investigate the boundless solitude and blistering cold that bores down to the bone when a person stands on the threshold of white death.

Women in Sink / Women in Sink / Ženy v umyvadle
Director: Iris Zaki
United Kingdom, Israel, 2015, 30 min
It’s packed at Fifi’s beauty salon in Haifa. As is normal in such a place, the women are quick to enter into conversation. The young director takes advantage of the situation, allowing her customers to air their opinions on the coexistence of Arabs and Jews as she washes their hair, while also offering a more general look at politics, history, love, and life.

The snow is starting to melt and spring has announced its arrival. Three Carpathian herdsmen, just like their fathers and grandfathers before them, set off with their livestock into the mountains on a lonely journey lasting several months. A nostalgic, mystery-tinged essay about an ancient profession that unbridled civilization may soon swallow up. 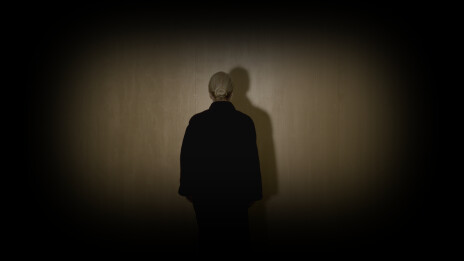