News Who will choose the winners?

Tim League
American cinema operator and distributor. In 1997 he co-founded the renowned theater chain Alamo Drafthouse. He also cofounded Fantastic Fest, the largest genre film festival in the US. In 2010 he launched Drafthouse Films, a distribution label committed to releasing provocative, visionary, and artfully unusual films onto the American market.

Angelina Nikonova
Russian director, screenwriter, and producer. At age 17 she moved to New York, where she graduated from the School of Visual Arts in 2001. In 2011 she debuted as a feature film director with Twilight Portrait, The picture premiered in Venice, subsequently winning 18 awards at top festivals worldwide. Her second feature Welkome Home competed at last year’s Karlovy Vary IFF.

Ólafur Darri Ólafsson
Actor and producer with dual nationalities who splits his time working in Iceland and the USA. He has worked with many Icelandic film directors, including Baltasar Kormákur (The Deep), Marteinn Þhorsson (XL, Best Actor Award at KVIFF 2013). He has appeared in the films of Steven Spielberg, Ben Stiller, Jonathan Demme, Charlie Kaufman, and Cary Fukunaga. Upcoming projects include Spielberg’s adaptation of the Roald Dahl tale The BFG.

Hengameh Panahi
Renowned producer and one of the most respected international sales agents. She is founder and president of Celluloid Dreams, The Director’ Label, a leading worldwide sales company. Long-term she has cooperated with director Jafar Panahi (Golden Bear for Taxi at this year’s Berlinale), and also with Jacques Audiard (Palme d’Or at this year’s Cannes festival for Dheepan), whose film A Prophet she also produced. In 2007 she cofounded the first worldwide social- network driven VOD platform: The Auteurs (renamed MUBI).

Ondřej Zach
Senior Vice President for program HBO Europe and head of programming and acquisitions for HBO Europe in the Czech Republic. He studied library science and later film science at Charles University, and since 1992 he has worked as a film journalist. In 1994-1998 he worked as a KVIFF programmer. Since 1998 he has headed up program acquisitions for TV Nova, later working for AQS, also founding AQS’s Magic Box video distribution company and Bioscop film distribution.

East of the West Jury

Gaby Babić
Festival organizer. She studied theater, film, and media studies, political science, and German literature. Since 2008 she has been curator and cultural manager for several film festivals and cultural institutions. Beginning in September 2010 she became the director of Wiesbaden’s goEast festival of Central and Eastern European Film.

Alexis Grivas
Renowned Greek journalist, festival programmer, and cameraman. He is a representative-at-large and adviser for the Mexican Film Institute (IMCINE), and a cofounder of the Guadalajara International Film Festival. He is also the Berlinale delegate for Mexico and Greece. In 1998-2011 he was in charge of the foreign press department and of international program coordination at the Thessaloniki IFF. He represents Greece at Eurimages, and has been in charge of the Greek Film Center since March 2015.

Tomáš Luňák
Czech director. He studied animation at Zlín Film School and at Prague’s Film Academy (FAMU). His puppet film Acrobat (2000) screened at Annecy, and dozens of other film festivals. His feature debut was an adaptation of the comic book series Alois Nebel (2011). Shot using the rotoscoping technique, the film premiered at the Venice IFF, and in 2012 it took the European Film Academy Award for best animated movie.

Ivan I. Tverdovsky
Russian director who graduated from Moscow’s Gerasimov Institute of Cinematography (VGIK) in 2011. His documentaries have earned accolades at Russian and international festivals. He works as curator of short Russian films at the Moscow IFF. His feature debut Corrections Class won last year’s East of the West competition at KVIFF.

Olena Yershova
Ukrainian film producer living in Turkey. She works for the Molodist festival in Kiev and the Eurasia Film Market in Turkey. She executive produced Sergei Loznitsa’s My Joy, which competed at Cannes in 2010. A year later she founded her own production company, Tatofilm. In 2013 she produced Levan Koguashvili’s Blind Dates, an award-winning Georgian film. That same year she produced Love Me, the first Ukrainian-Turkish co-production. 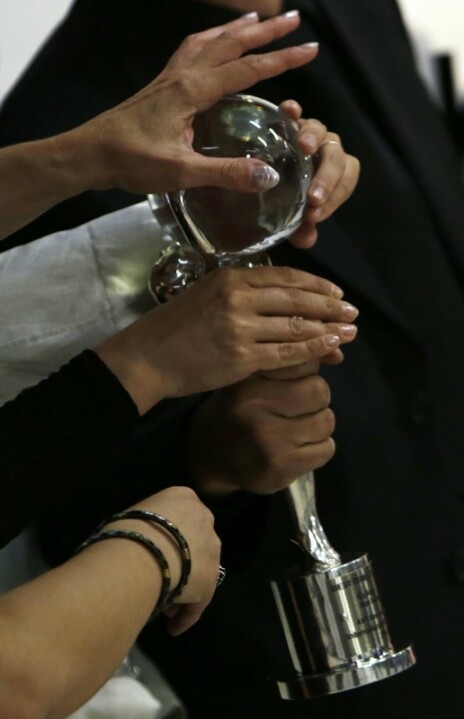