Spanish film The August Virgin won this year´s Award of The International Federation of Film Critics (FIPRESCI). "The award goes to a modest, unpretentious film skillfully opening a number of issues and tackling a range of emotions while maintaining an inspiringly positive worldview," praised Jonás Trueba's film the jury comprised of Hugo Emmerzael, Ana Sturm and Viktor Palák.

The Ecumenical Jury awarded drama Lara for "a well-acted and intelligently directed film of a depressed mother's psychological humiliation of her composer-musician son. The interactions of mother and son dramatically and dynamically capture their alienation, and shows signs of movement toward a positive resolution." Commendation of the Ecumenical Jury which consists of Alyda Faber, Martin Horálek and Peter Sheehan goes to movie Let There Be Light.

Federation of Film Critics of Europe and the Mediterranean FEDEORA awarded as the best film from East of the West Competition section Passed by Censor, "for the empathetic approach to the exploration of universal topics such as oppressive regimes and censorship, and for playing with the ambiguity of how obsessive creativity may impact social reality." Special mention of the FEDEORA jury (Maja Bogojević, Pavlina Jeleva a Chiara Spagnoli Gabardi) belongs to Aga's House.

The Europa Cinemas Label of the 54th Karlovy Vary Film Festival was awarded to Scandinavian Silence, "a film by a young Estonian director who engages its audience through an exceptional cinematic journey. The story of a troubled sibling relationship unfolds via different variations of silence. The viewer is not only engaged throughout the story by impressive camera work and outstanding music but also by a pure cinematic approach, a powerful script and an original narrative". The jurors Maarten Alexander, Carinzia Camilleri, Éva Demeter and Denis Samardžić hope that the film will reach audiences all over Europe. 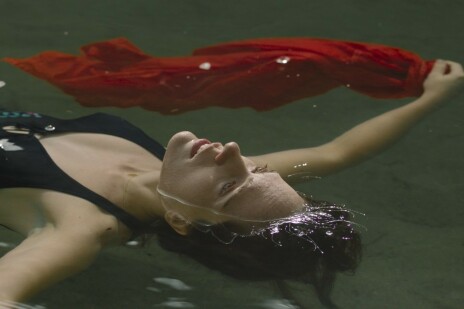