News The intensive wars for the Crystal Globe continue

Two more films will be rolled out in the Crystal Globe Competition today.

The first, starting at 5 p.m. in the Grand Hall, will be Wars by director Nicolas Roy. It tells the story of Emma, who joins the army because she wants to follow in her father's footsteps, as well as in order to rid herself of an oppressive feeling of existential emptiness. In an environment of harsh discipline, she submits to the repressive rules, but what she cannot suppress are the emotions she feels for Sergeant Richard.

The second work to join the fray for the Crystal Globe today is the drama The Exam by director Shawkat Amin Korki, set in war-torn Iraqi Kurdistan. The film bravely explores the topic of women's rights, so often neglected in Middle Eastern cinema, not just in terms of education, but also in deciding on one's own life. You can see The Exam for the first time today at 8 p.m., also in the Grand Hall, and just like Wars it is having its world premiere at KVIFF.

Nuuccha has its world premiere at 4 p.m. at the Karlovy Vary Municipal Theatre. It takes place at the end of the 19th century and was inspired by motifs in the works of Polish writer Wacław Sieroszewski. Its main characters are a Yakut married couple who have just buried their new-born child and are preparing for the arrival of a harsh winter. When the local governor, installed by tsarist authorities, decides that they are to take care of a Russian political prisoner, they have no choice but to comply. However, the foreigner's arrival ends up impacting their life more than they expected...

The documentary Intensive Life Unit will then also have its premiere at 7 p.m. at the same spot. In it, Adéla Komrzý submits a deeply humanistic contemplation of the ethics of palliative care. With her own special brand of empathy, she documents intimate conversations between doctors and patients, which reveal that while there is no good or bad way to die, the quality of life of the dying can always be improved. 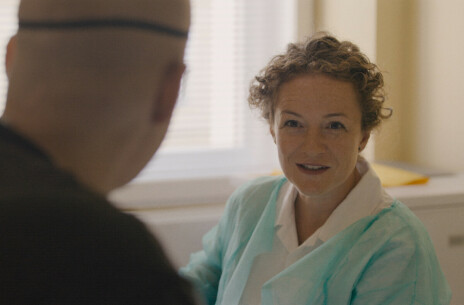