News Sergei Loznitsa on the massacre of the Ukrainian Jews

Sergei Loznitsa has been coming to the Karlovy Vary festival for twenty years now, often with a new film. This year, he is presenting the documentary Babi Yar. Context here. It uses archival footage to show the circumstances and context of the massacre of 33 000 Jews in a ravine near Kiev in September 1941.

"There is no soundtrack to that archival footage, so we had to create it in the studio. We dubbed the testimony of the survivors and German soldiers, but it is not even possible to tell,” the director of the film revealed. Not even historians were evidently aware of half of the material shown in the film until now.

The debate following the project inevitably turned to the reasons for the massacre and the behaviour of the Ukrainian population toward the Jewish population. "It's important to realise that Ukrainian nationalists thought the Germans would give them the opportunity to create their own state along the lines of the Slovak one. When this did not happen, some of these Ukrainians turned to the USSR, but some of them continued to cooperate with the Germans,” Loznitsa pointed out. The Ukrainian Wehrmacht troops were involved in the murder, and that is why the event was and still is highly controversial in Ukraine. "Up until 1943, the Germans tried to burn the bodies of the victims, but when the Soviets came to power again, nothing happened to them. There are bones there to this day. The Soviets built a gym, a swimming pool and a television tower there, and there is even a shooting range there now.”

Loznitsa is now also preparing a feature film about the massacre. "In the documentary, I can only show what someone has already filmed. But I cannot show the mechanism of this tragedy, the principle of how a weak society, in which the people go with the flow, can destroy something.” 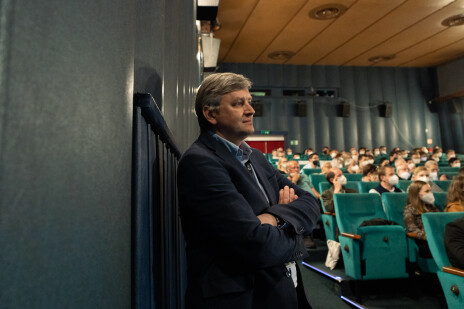