News The son of Jafar Panahi on the road across Iran

"We are trapped in the preconceptions of how an ordinary Iranian family looks and lives,” stated the moderator Saša Michailidis when introducing the film Hit the Road, accompanied by the director Panah Panahi and costume designer Mahsa Khamisi.

Hit the Road tells the story of an “ordinary” Iranian family travelling by car through the mountainous Iranian landscape. It soon becomes clear, however, that the destination is not all that ordinary: they are driving to the border, as the older son wants to leave the country. "The reason for his departure is actually not so important, he simply wants to go for a better life. I mainly wanted to show the journey across the country and the relationships between the individual family members,” Panah Panahi stated, describing his road movie.

He spent the most thought and time, in his words, on the relationship between the father and his older son. Unsurprisingly. He himself is the son of one of Iran's most important directors, Jafar Panahi. "My father was the first to read the completed screenplay. He supports me and he likes the film. But I wanted to make my first film in a completely different way than he would have done, to put a lot of myself into it and to differentiate myself from him a bit,” Panahi jr. explained.

In addition to the performance of Rayan Sarlak, who in the film portrayed the younger son, so a little hyperactive, cheeky and impertinent, the audience also praised the selection of music. "I mainly chose some slightly nostalgic lyrics to complete the story and atmosphere. And I also chose the music of those artists who emigrated from Iran for some reason – to support them in this way,” concluded Panah Panahi. 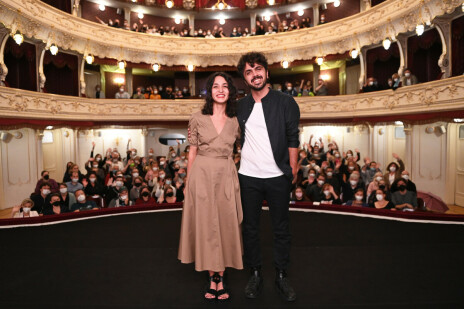