This year, the brand new Proxima competition section has replaced the former East of the West section. The latter showcased the work of young talents from Central and Eastern Europe and marked a pivotal moment in the creative life of many directors, from Lili Horvath to Tomasz Wasilewski. The new Proxima is open to progressive work by filmmakers from all over the world and is a place for filmmakers waiting to be discovered as well as for established filmmakers looking to redefine their work.

The historic opening of this section will be dedicated to the Czech title And Then There Was Love... by Šimon Holý. He made his debut in Karlovy Vary last year with Mirrors in the Dark, for which he was nominated for the Czech Film Critics’ Award for Discovery of the Year. Now comes another dramatic tale from a female perspective, specifically about esotericism crossing the boundaries of unscrupulous quackery. At the Karlovy Vary City Theatre, from 4 p.m., the audience can have a think about the dangers of seeking love at any cost...

The second competition film will also premiere at the Karlovy Vary City Theatre (from 7 p.m.). The Croatian-Serbian The Uncle goes back to the Yugoslavia of the late 1980s, where a local family is to be visited by an uncle from Germany during the Christmas season. However, the nervousness of the family reunion is heightened by a number of disturbing details that make the viewer unsure whether the Croatian directing duo Andrija Mardešić and David Kapac are serving up a grotesque satire or a claustrophobic thriller. Popular Serbian actor Miki Manojlović will appear in the title role. 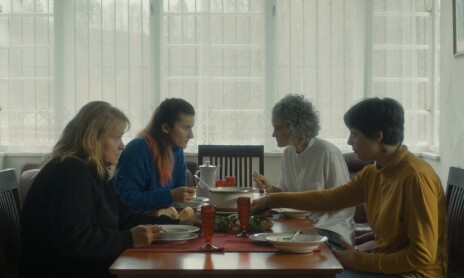