The second day of the Crystal Globe Competition will commence with The Ordinaries, a German metadrama directed by Sophie Linnenbaum.  Why ‘meta’? The film indeed narrates a story of a girl named Paula,  a supporting role who wants to succeed in final exams at the school for main characters but fails to properly evoke emotions in the audience. Linnenbaum presents a playful love letter to cinema, both amusing and intriguing – after all, we have all experienced the feeling of playing an unwanted supporting character in the story of our lives. The film will be presented from 5:00 p.m. at the Grand Hall.

At the same place, at 8:00 p.m., you can watch how difficult it is to keep the The Word. In 2018, director and screenwriter Beata Parkanová impressed the KVIFF with Moments, a minimalist  coming-of-age drama presented in the East of the West Section. This year, she participates in the Crystal Globe Competition with this drama presenting a topical historical theme: The film takes place after the 1968 Russian invasion and follows a married couple (Martin Finger and Gabriela Mikulková) undergoing a moral ordeal, which will test the strength of their characters and their relationship. This throwback to the fateful times can serve as an inspiration for a reflection on our current values. 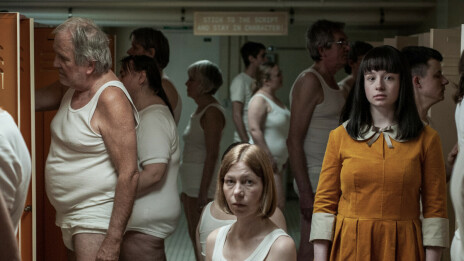