The Brooklyn-based director and screenwriter Tim Sutton ​presents his latest film, Taurus, where the main character is authentically portrayed by contemporary rap star Machine Gun Kelly. Sutton is one of the most exciting independent filmmakers working today, having made seven feature films that combine an observational style with an emphasis on atmosphere. His directorial debut, Pavilion, depicting adolescence and friendship, opened the 2012 SXSW festival. Memphis, a dreamlike fragmentary portrait of musician Willis Earl Beale, had its world premiere at the Venice Film Festival and was also screened at the 2014 Karlovy Vary IFF. This was followed by Dark Night and Donnybrook, with an excellent performance by Jamie Bell. In 2020, he presented Funny Face at the Berlinale and then completed a western The Last Son in the pandemic era.

Sutton will discuss his work in the context of American indie scene, its specific rules and production laws.

The debate will be hosted by Czech director and publicist Šimon Holý, who is presenting his second feature film And Then There Was Love... in the Proxima section. KVIFF Talk will be held in English without translation. 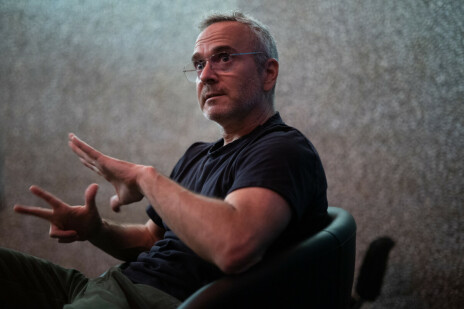