News KVIFF will close with Sundance hit Sleeping with Other People

The closing ceremony of the Karlovy Vary festival will include a screening of one of the hits of this year’s Sundance festival, Sleeping with Other People, presented by the director Leslye Headland.

The romantic comedy is a wink across a quarter of a century to Rob Reiner’s cult film When Harry Met Sally, with all its sparkling dialogue and disarming humour. Jake and Lainey spend one crazy night together in a college dorm room, the first such affair for both of them. When they run into each other in New York twelve years later, they find out that in the meantime both of their love-lives have been dogged by problems with infidelity. They make a deal to form a strictly platonic friendship in spite of a strong mutual attraction for the sake of helping each other find a healthy relationship.

Director Leslye Headland debuted with the feature film Bachelorette (2012), which premiered at the Sundance festival and later became one of the most successful distribution films on VOD. Sleeping with Other People is the second film by this talented graduate of the Tisch School of the Arts at NYU. 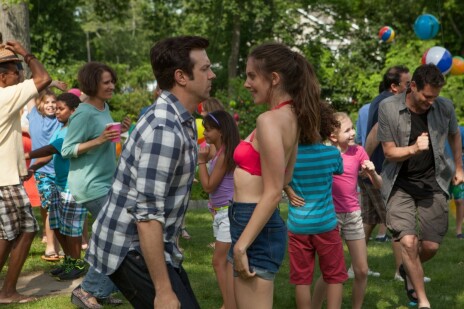