News A Day with a Most Remarkable Film Teacher

Sunday was "Frank Daniel Day" at the Karlovy Vary International Film Festival. This influential Czech filmmaker and teacher who, after emigrating to the USA, stood at the birth of the Sundance Institute and taught the likes of David Lynch, was presented by his sons and his colleague, Ted Brown.

This morning Ted Brown demonstrated Daniel's famous film analysis method using the classic comedy Some Like It Hot as an example. "Frank always asked himself whose story it was, and what that character wanted to do. He then observed the sequence of events and also, in comedies, the contradictions – in this case, for example, where men dress up as women and gangsters try to behave like society people."

In the afternoon Daniel's Czech film from 1965, This Year in September, was screened at the Hotel Thermal, preceded by a debate with Martin and Michal Daniel, Ted Brown, Alex Nibley and Sterling Van Wagenen, co-founders of the Sundance Film Festival. "Frank managed to be very gentle with screenwriters, posing the right questions to lead them to answers that he already knew," Van Wagenen described.

"Nobody in the history of film education was more influential than he," said Brown, reminding us that Daniel's students included people such as Terrence Malick and Paul Schrader. "When he saw the students were getting bored, he started analysing their favourite film. He'd put on ten minutes of it for them, and tell them to observe how many edits and how many cameras there were," Michal Daniel related.

While in the USA Daniel is respected by big names such as Robert Redford, in the Czech Republic neither he nor his work are very well known. "Unfortunately, he didn't publish a book; it is all word of mouth. But we are now preparing a website, frankdanielinstitute.com, were we want to collate all his materials. His analytical method will also be available in the form of an application," Ted Brown and Alex Nibley revealed. 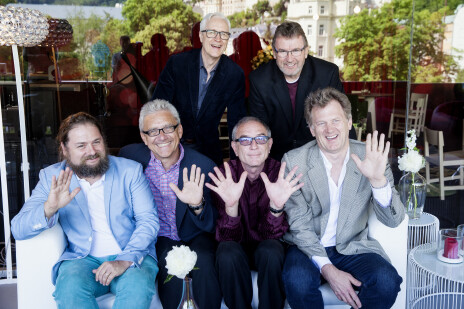