KVIFF's 55th year will start at 8:30 in the morning with a screening of the debut film Hit the Road by Iranian director Panah Panahi. The unusual and remarkably funny and touching road movie was unveiled to success at this year's Cannes. Other films being screened today were also shown there to success – Memoria, Lamb and the documentary Babi Yar. Context. Taking home prizes from this year's Berlinale were the positive-vibed documentary Mr Bachmann and His Class and the narrative-focused Wheel of Fortune and Fantasy.

The grand opening of the 55th annual Karlovy Vary IFF will not come until evening, however. The first guests will start to arrive at the red carpet in front of Hotel Thermal after 4 p.m. One of those walking along it will be Sir Michael Caine, who will then receive the Crystal Globe for Outstanding Artistic Contribution to World Cinema during the ceremony. Other stars will also greet the public on the red carpet, including the delegation for the inaugural film of this year's KVIFF, the biographical drama Zátopek from director David Ondříček.

The opening ceremony will once again be accompanied by a concert and concluded with fireworks. Festival-goers can look forward to a unique concert version of the musical Jesus Christ Superstar in front of the Hotel Thermal with the legendary cast from the Prague performance by Divadlo Spirála at Výstaviště including Kamil Střihavka, Dan Bárta and Bára Basiková accompanied by the Karlovy Vary Symphony Orchestra under the baton of Ota Balage. The concert starts at 10:45 p.m.

In addition to this, the festival's rich accompanying programme will also start today. Find more information on it here. 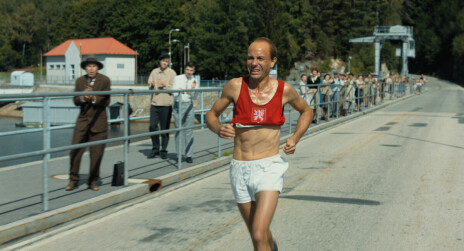