The second day of the festival will see the start of both competition sections, the Crystal Globe Competition and the Proxima Competition. The first film to be screened in the Grand Hall competing for the Crystal Globe is Fucking Bornholm, a bitter comedy starting at 5:00 p.m., followed at 8:00 p.m. by the ceremonial premiere of the next contender, the dystopian sci-fi Vesper. Films from the Proxima Competition will be screened at the Karlovy Vary Municipal Theatre. First up is the sensitive Czech drama And Then There Was Love… screening at 4:00 p.m., followed at 7:00 p.m. by The Uncle, a satirical story coming from the Balkans.

Fans of the classics will surely appreciate The Joke screening at 2:00 p.m. in the Grand Hall. Shot in 1968 and banned under the Communist political regime, the film has now been digitally remastered and will be officially launched in this new format.

At 2:00 p.m., Čestmir Strakatý will host the first episode of the interview series at KVIFF.TV Park. You can listen to the conversation with an interesting guest in person on site. At 6:00 p.m., the first of the quizzes focusing on films, the festival and Karlovy Vary will take place at the same place. The evening at KVIFF.TV Park will close with music performances by DJs opened to public.

The festive opening of the photo exhibition Our Festival Legend: A Tribute to Eva Zaoralová will take place at 2:30 p.m. The exhibition paying tribute to the long-time artistic director of the festival can be found on the 1st floor of Hotel Thermal. As part of the Tribute to Eva Zaoralová section, we will also screen Fellini’s masterpiece The Road, which she described as key to her perception of the world of cinema. The screening starts at 3:00 p.m. in the Small Hall.

You can spend the afternoon and evening in the company of Czech rap legends PSH. The world premiere of their documentary titled PSH Neverending Story will be screened at 6:00 p.m. in the Small Hall. A delegation will be present to introduce the film and to answer questions from the audience after the screening. The band will also play a concert at 10:00 p.m. in the Mattoni Life Bar.

A complete overview of the festival’s accompanying programme can be found here. 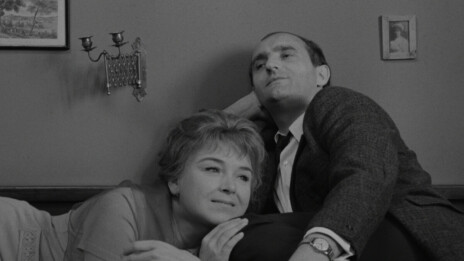