On the third festival day you can also look forward to a lot of film screenings and a number of related events.

A Day with Czech Radio will begin at 10 a.m. Czech Radio Radiožurnál's all-day interview special on biographical films and series is called Great Czechs in Film, during which the moderators Jan Pokorný and Vladimír Kroc will conduct eight film interviews on the stage in Dvořák Park by the Park Colonnade, including with David Ondříček, director of the film Zátopek, Helena Třeštíková and Kryštof Mucha.

At 11 a.m., a discussion of the unique puppet film for people of all ages, Even Mice Belong in Heaven, will begin in the Czech Television House, followed only an hour later, at 12 p.m., by a discussion on the film Zátopek in innogy point on the nearby Mill Colonnade.

At 2 p.m., the grand premiere of the digitally restored film by Jan Němec The Party and the Guests, a timeless parable of power and its devastating impact, begins in the Grand Hall.

Just an hour later, from 3 p.m., a discussion on Olmo Omerzu’s latest film Bird Atlas will be held once again in the Czech Television House. The competing film about the ageing proprietor of a technology company (played by Miroslav Donutil), who has dedicated his entire life to his work, has its world premiere starting at 8 p.m. in the Grand Hall of the Thermal Hotel.

At 3 p.m., the grand premiere of the documentary Dreams About Stray Cats will also begin, this time in the Small Hall of the Thermal Hotel. The film maps the highly successful career of the versatile artist Petr Sís through the eyes of his younger brother David.

In addition, the extensive accompanying programme will also be continuing, of course. You can find more information about it here. 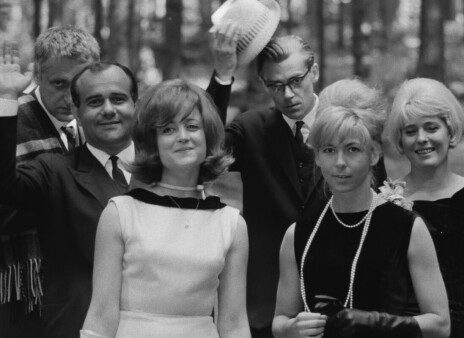