News Lynch in the Land of Oz from six viewpoints

What connects The Wizard of Oz, Wild at Heart and Back to the Future, films screened in this year’s Out of the Past section? The best explanation can be found in the documentary Lynch/Oz presented in the same section and brought to KVIFF by its director Alexandre O. Philippe. "It’s a different kind of a 'behind the scenes' documentary, claiming that David Lynch has been trapped in the Land of Oz. I made it during the pandemics, which is one of the reasons why it has six chapters, where directors and critics explain the connection between Lynch and The Wizard of Oz from their point of view. I think that having watched the film, you will find David Lynch ever more mysterious," the director promised in the introduction.

During the following discussion, he explained the process of making the film: "First I called the protagonists to find out what was their theory about the Lynch/Oz connection, and then I wrote the script." He further explained the difficulties of adding the filmmakers’ voiceovers to so many excerpts of films: "We wanted the movie clips to work on several levels." The director conceived his film as a meditation on the mystery of influence and inspiration in the creative process. "My films are not meant to solve a mystery, but to open more doors and deepen the mystery. I like what David Lowery says in Lynch/Oz: The deeper we dive, the more we discover."

Philipe attended KVIFF in the previous years with his documentary Memory – The Origins of Alien and 78/52 about the shower scene in Psycho. He is now busy preparing several other projects. "For example a film about the life of William Shatner or a film essay about Vertigo. I need an excuse to return to KVIFF next year," the Swiss director noted, smiling. 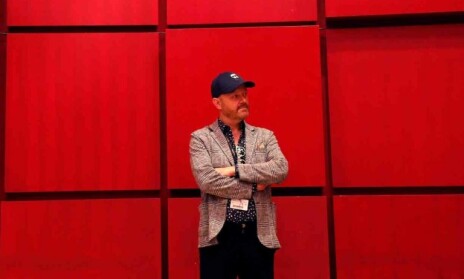