Aside from the films themselves, on the fifth day of the festival you can once again attend a whole range of accompanying events.

At 11 a.m., a KVIFF Talk with directors Radu Jude and Sergei Loznitsa will start in the Vodafone Lounge at Hotel Thermal. Both of them are presenting their newest films at the festival, Bad Luck Banging and Babi Yar. Context. Moderation will be handled by British film journalist and curator Neil Young. The KVIFF Talk will take place in English without translation.

A talk on the newest film by Michaela Pavlátová My Sunny Maad will start at eleven in the morning at Czech Television House, being based on a book by Petra Procházková. Pavlátová earned a jury prize for the work at the animated film festival in Annecy.

At 1 p.m. at the same place, a talk on the documentary Dreams About Stray Cats will begin; it maps out the life of Petr Sís from childhood to his forced emigration to the USA through to the present day. The author of the work is Petr's younger brother David.

You can also attend a discussion about a film at 5 p.m. at Czech Television House. The film in question is the newest work by Slovak documentary filmmaker Miro Remo At Full Throttle about a former miner who always dreamed of a career as a race car driver.

At the same time, at 5 p.m., a talk show with Václav Marhoul will be starting at the innogy point on the nearby Mill Colonnade. At KVIFF you have the opportunity to see his work The Painted Bird, which competed at the festival in Venice two years ago.

At 7:30 p.m., the first of four audio-visually captivating evenings will kick off at the KAISER 55 pop-up club at the Postal Court (Poštovní dvůr). The pop-funk band Monkey Business will play an outdoor gig, which will be followed by an after party, to start with the legendary Vrtulník Michael V., also known as Michael Viktořík from the group J.A.R.

11 p.m. will see the preview of the first instalment of the Czech-French trilogy Suspicion by director Michal Blaško and screenwriter Štěpán Hulík. The miniseries is inspired by real events and its main character is a nurse who comes under suspicion following the unclear death of a patient.

The festival's rich accompanying programme will also be continuing. Find more information on it here. 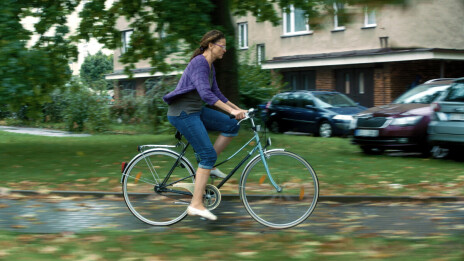